Insert obligatory opening paragraph here about a ton of shit that happened in the news that I don't care about. Miley Cyrus, blah blah twerking, blah blah obamacare, blah blah duck dynasty, blah blah Prince George, blah blah eggs are bad for you again.....let's just move on to the list, shall we?

1. Blood Meridian by Cormac McCarthy. Can't believe it took me so long to finally get to this. Probably the "prettiest" book I've ever read about a group of murderers scalping, raping, knifing, and mutilating native Americans in the old west. It does tend to drag on at parts, and you'll want a nickel for every time McCarthy writes "And so they rode on." But when you close the book you'll feel like you just left the most depraved, dark, horrific journey of your life. People might say Randall Flag is the worst bad guy in horror fiction, but trust me, The Judge would take him to town.

2. Midnight Riot by Ben Aaronovitch. What to say about this one but it's an adult version of Harry Potter. And it's good. Very good. You know, detective fiction with wizards and warlocks that takes place in present day London. No pointy hats or robes with stars on them, just cops who can start fires by snapping their fingers and ghosts who hover around the alleys they died in.  There are more books in the series and I will be reading them.

3. Devil Red by Joe Lansdale. While not the best in the Hap and Leonard series, pretty much anything in that series is fun reading.


(disclosure: I read a lot of great books from the GMP authors but I don't want to play favorites. Just go and grab something from that group...they're all great: www.grandmalpress.com). 1. Man of Steel. Love it or hate it, it certainly had a lot of explosions...and that equals good eye candy! While I disliked the controversial ending, you can't fault a studio for getting people talking about a superhero. Henry Cavil is a great Superman, Russel Crowe is a great Jor El, and Michael Shannon was a superb Zodd. Perhaps the standout performance was Antje Taue as Faora Ul...I do not want to meet her in a dark alley. And c'mon, a Superman movie that actually gave us Krypton!

2. This is the End. The wife and I went to this without knowing much about it and we laughed ourselves silly. It's a frat boy horror/comedy, but it works. Best moment: Jonah Hill channeling Linda Blair as he mocks Jay Baruschel. "Oh does it, Jay? Does the power of Christ compel me? Because it's not very compelling."

3. Mama. A genuinely creepy horror film about ghosts and evil spirits. It has some awesome performances by the young girls--I usually hate children actors, but these two were top notch. It gets a bit Tim Burtony at the end, but it doesn't matter, since the lead up will give you goosebumps. 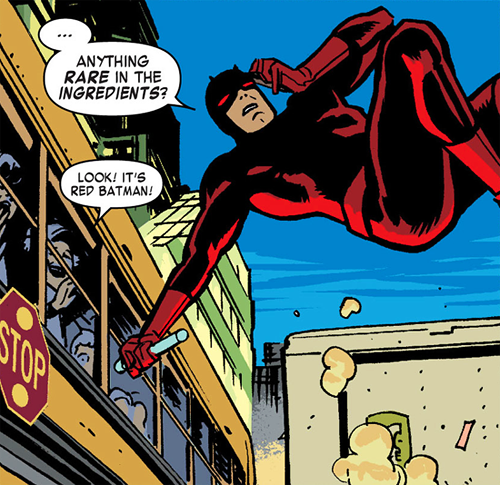 1. Daredevil by Mark Waid and Chris Samnee. After almost two decades of dark brooding Matt Murdock swinging through rain and shadows and getting his ass kicked, Waid and Samnee made Daredevil the single most fun comic book on stands this past year. It's not without it's morals and weighty moments (currently, Daredevil's best friend is battling cancer) but every issue contains at least two big laughs and some of the best self deprecating moments in comics. 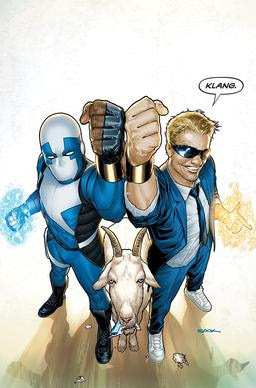 2. Quantum and Woody by James Asmus and Tom Fowler. Another consistently funny qausi-superhero book from Valiant. It's a wee complicated to explain, but let's try. Two brothers (one white and one black, and for once it's the white kid who was adopted) are all grown up and pretty much can't stand each other. One's a hard worker, the other a con artist. They try to solve their father's murder, and in doing so stumble onto their dad's secret government project, a machine which accidentally gives them superpowers when they turn it on. The catch is that the machine also continually breaks down their molecules every 24 hours, and unless they touch two bracelets together they each wear, they'll die. So they're stuck together, bickering and solving crime. This is very much like the show Psych, only with real powers instead of fake ones. Oh, and they have a Satanic Goat of Death. Long story.

3. Hawkeye (specifically issue 11). Hawkeye remains a great comic, although it's been getting a little more serious lately. Issue 11, however, was probably the best single issue of last year. Completely told from the POV of Hawkeye's dog (aka Pizza Dog), Matt Fraction and David Aja turned in one of the most unique pieces of narrative in comic history. From the walking map of Pizza Dog's rambling, to the way he associates with items in Hawkeyes apartment, to the way he puts together the crime by sniffing around, you'll feel like a dog yourself at the end, but you'll be totally happy about it.

1. Marrying my wife Tera.
2. Finding out 3 months later she was pregnant.
3.Closing on our first house.

1. Alaska. I got to gig here for two nights in February with the band. It was cold, but it was great to see a bit of land I figured I would never in my life get to see. I do miss those Cash'd Out boys. 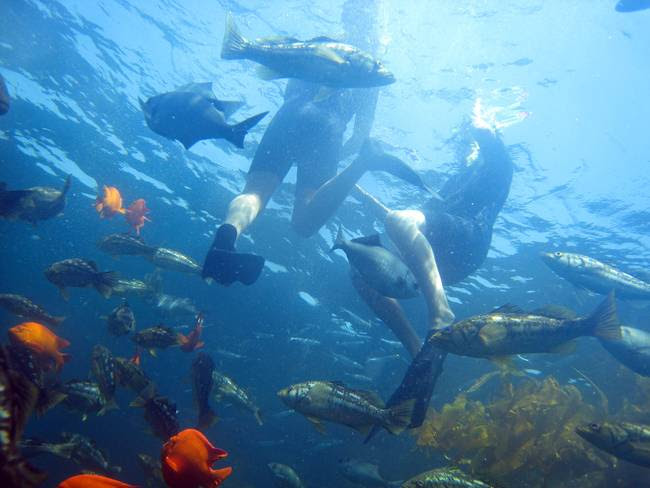 2. Catalina. We went here for our honeymoon and did some snorkeling. I got full on attacked by a fish with some damn sharp teeth which had me gushing blood in the water. But the moments when the snorkel guide had us completely engulfed in fish were pretty amazing.

I'm calling it here. Because I have real work to get to now. Okie dokie. Until later.