Comics, My Son, and Being Good 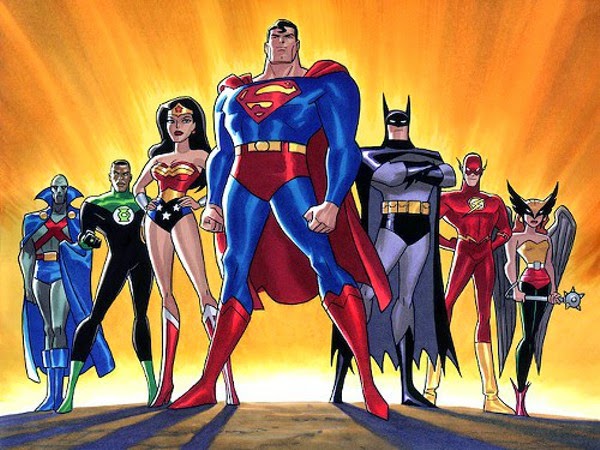 In 7 weeks my son will be born. My first child. To say I’m terrified is an understatement. Both my wife and I have been discussing how we’re going to raise him, and by and large the one thing we agree on is teaching him not to discriminate against people. It still shocks me how often I hear rants against gays, minorities, disabled people, and even women. To say nothing of the daily posts on Facebook and twitter attacking people’s religious beliefs or lack thereof. My wife and I are usually the first to say, “Oh, you’re an Islamic, Mexican lesbian? More power to you! Doesn’t affect us in any way.”

But how will my son learn, on his own, the difference between being tolerant and being hateful. Because let’s face it, once he heads off to school, he’s going to get a steady dose of Stupid from a lot of other children and adults. Where can he learn what’s right when I’m not around?

For me, it’s always been comics. Yes, comics.  I can practically see most of you out there rolling your eyes now. “Ugh,” you say, “you’re going to turn him into a nerd!”

When I tell people I like comics, I always see their eyes glaze over. They think I’m a geek or a boy who never grew up. I sort of get the same reaction when I tell them I write horror novels, (even though my horror is actually thinly veiled superhero stories. Just read The Summer I Died and Born to Bleed back to back to see what I mean.) They think I read things with POW and BAM written in bold letters across the pages, with men in tights and capes flying in the clouds. Okay, yeah, some of them are like that, but at their core comics are tales of morality, not unlike Bible stories or Aesop’s Fables.  And it should be noted that today’s comics are no different than the TV shows we watch or the movies we go to see. In fact, many of them are written by the people who make those movies. Take Joss Whedon, director of the billion-dollar-grossing film The Avengers. Whedon not only created TV shows like Buffy the Vampire Slayer and Firefly, he also writes comic books. His 50 issue arc for Astonishing X-Men is quite possibly the best X-men comic arc ever written. My point being that comics are written as much for adults these days as they are for kids. They have meat and meaning. (Admittedly, some of them are getting a bit too adult. I definitely won’t let my son read any Batman comics produced in the main DC Comics line until he’s at least 12. The themes are not for kids.  Batman’s 10 year old son was just murdered last year. The previous Robin, Jason Todd, was beaten to death by a crowbar wielded by the Joker. The Joker shot Barbara Gordon in the back, stripped her naked and took photos of her which he then sent to her father, Jim Gordon. All in glorious color on the pages).

Yes, in the 1940s and 1950s, and probably up to the late 1970s, comic books were pretty goofy and superficial, full of stuttering thought bubbles and two-dimensional villains who wanted nothing more than to take over the world. But what was important about them, then as now, is that they taught morals. There is a simple elegance to the fact that heroes like Batman and Superman don’t kill, even though they really should (how many people would still be alive if Batman would just shoot the Joker in the face?) But they don’t and that’s the core of what defines them as heroes, what separates them from the likes of Lex Luthor and The Riddler. They do good, no matter what, and they often suffer as a result. But even when they lose they lose knowing they did the right thing.

For me growing up, I don’t think I knew why I liked them so much, besides liking the action. I didn't realize I was being inundated with the virtues of sacrifice, good manners and gratitude. I just remember watching the 1970s Spider-Man movies on Saturday mornings and wanting to be Spidey. Because Spidey was always doing karate and kickboxing moves, and little boys are drawn to martial arts. Sorry, it’s just in our genes. More importantly, whether it was The Justice League Unlimited or Young Avengers, I liked that they fought violence and hatred on grand scales, against insurmountable odds. In the comic books, I watched as they fought it on smaller, yet equally important scales. I watched as Superman took the time, even as he was dying, to stop beside a depressed teenage girl on a building ledge and tell her not to jump, that everyone has bad times, but they go away. 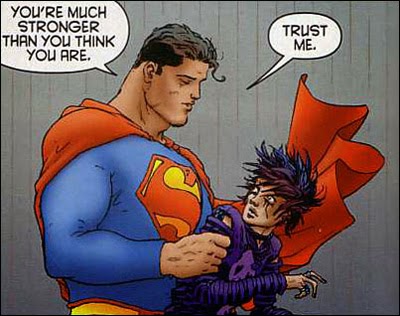 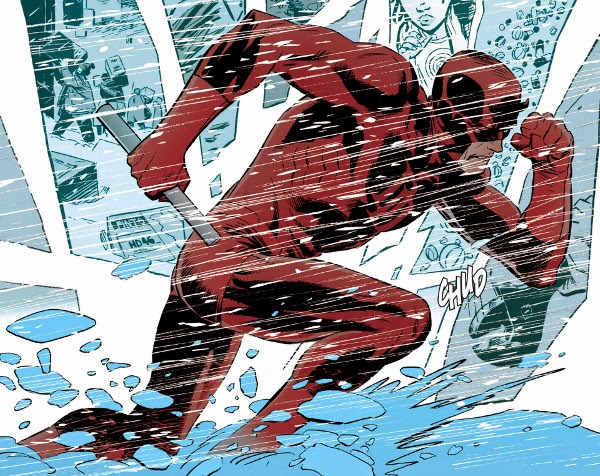 I watched her believe him.

I watched as Harper Row’s brother was beaten for being gay, how the attackers shaved the word "Fag" in the back of his head, and how Harper then cut off her hair and shaved the same word in her head to support him. I watched as Daredevil, beaten and near death, made his way through a blizzard to retrieve a heart from an overturned ambulance so a little girl could get her transplant before she died. I watched as Aquaman saved a dog in need, took it home and nursed it back to health. I watched  as Hawkeye fought slumlords to ensure the tenants in an apartment building were treated fairly. My point is, these comics are not just POW BAM ZAP and laser beams shooting from eyes, they’re deeper than that. They teach us that a hero is not just a guy who can punch hard, but a guy who can stop and feed a homeless man, who can open the door for a girl, who can say please and thank you to the woman behind the cash register. There are thousands upon thousands of these types of moments in comics, and they’re important. I want my son to witness these things and associate them with the people who make a difference. 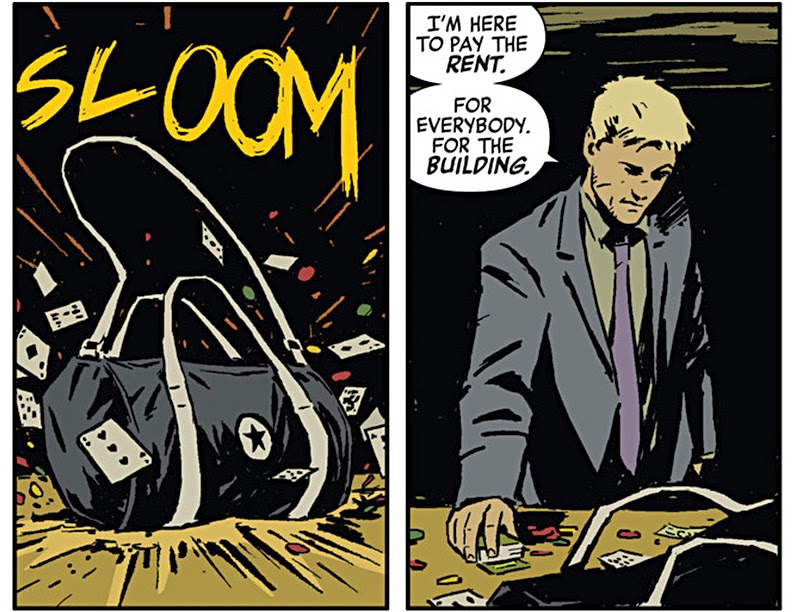 Don’t get me wrong, I’ll teach him this stuff too. He’s going to look up to me, but not the way little boys look up to superheroes in the pages of comics. Superheroes are larger than life for kids, and when little boys hear Batman say, “If you hurt people, you're just a criminal yourself," it registers in his brain from a spot I can’t reach. He won’t want to be me, because as much as we love and respect our parents, it’s in our DNA to carve or own niche. But that’s fine, because every little boy wants to be Batman and Superman. And if he grows up wanting to be everything those characters are made of, I think he’ll grow up right. 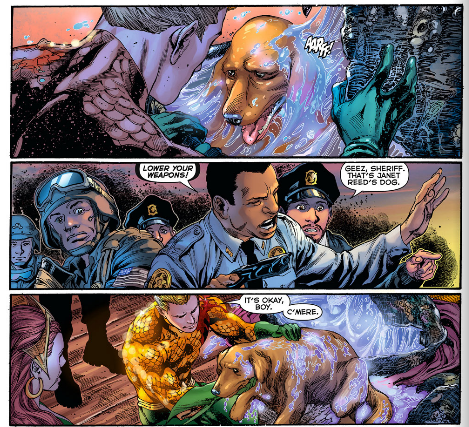 And so to start, my wife and I bought him some children's books from Marvel. He'll get more comics as he's older, and I hope he likes them, and more importantly, I hope those morality lessons hidden between the POWs and BAMs get to him. If they don't, well, I'll find other ways. Because that's how it's done, right? Just keep trying to do the right thing.