Johns' debut novel WALKING SHADOW is everything that is right with science fiction these days. Great characters, a great mystery, and believable science fiction aspects that are grounded in reality. Okay, maybe not our reality, but one can easily see memory removal services happening at some point. No, seriously, as I write this there is a story on CNN about scientists implanting mice with false memories ("did I eat that cheese or not?"). WALKING SHADOW is the taut story of a man who is missing the memory of a murder, and if he plans on solving it and absolving himself, he needs to investigate himself. I caught up with Clifford for a bit of the old Q&A to get abetter idea of this novel, others he's working on, and various other absurdities. 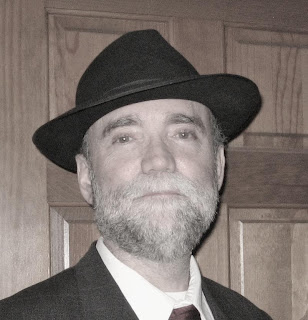 RT: Walking Shadow deals with a man who's had his memories erased on purpose only to realize he has to get them back to solve a murder. How did you come up with the plot?

CRJ: I read some papers on determining the location of specific memories in the brain.  From there it seemed an obvious jump to figuring out how to remove them. I wrote a short story version of Walking Shadow in 2000 or so, but I quickly realized that the short story didn't do the concept or the characters full justice.  I took a while to get the whole novel together.
At the time, I was rereading Chandler novels. Walking Shadow developed from that confluence of these events.

RT: In the future we can only wear clothes designed by Prince or Gene Simmons. Which do you choose and why?

CRJ: Both are a bit flamboyant for my tastes, but Prince likes fedoras and sometimes long coats.  Fedoras are great and long coats can hide most fashion mistakes.

RT: Your future view of Chicago feels very plausible,  even with the hover cars and memory manipulation. Did you look at current technological speculation for your creations or were they borne of imagination?

CRJ: Mostly imagination, but being an engineer I'd like to think of the technology aspects as informed speculation rather then straight creative imagination.

The social changes that infuse the book, changes to police pay structures and the like, are an interpolation based on current directions. As always, interpolation can show how far we can go in a direction before it gets incomprehensible to our eyes, yet will seem normal in the future based on a slow progression of changes. 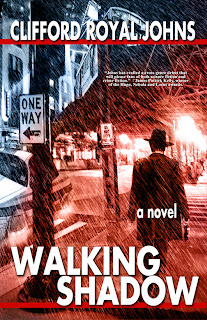 RT: True or false: We all secretly want Tom to eat Jerry.

CRJ: False.  I'm always on the side of the undermouse.

RT:  Your dialogue is pitch perfect pulp goodness. Do you base your characters on real people? If not, how did you put them together and give them their voices?

Basing your characters on real people is also limiting because the character starts out with too much background, they are too well defined.  If you have someone in mind as you write, you are likely to have the character act as the person might act thus constraining the story.  I like to keep all options open as the story and characters develop.

Instead, I give my characters voice and attributes as I create them.  Each needs to fulfill an initial role which defines their speech patterns, attitudes and likely actions. These characters come at me from the side.  Usually, I need a bit character and if the character is interesting and has stage presence, then I want to spend more time with them,  and that character gets more page time.

RT:  If you could have specific memories erased like in Walking Shadow... Would you?

CRJ: My own memory is poor. I have a propensity to forget all about unpleasant events without any help from a gamma knife.  It's one of the reasons I am a very happy person in general.  It was this personal characteristic that lead me to wonder why everyone didn't just forget the bad stuff and remember the good stuff. Like Rita Mae Brown said,  "One of the keys to happiness is a bad memory."  I have always been amazed that people can't let bad things go.  I count myself very lucky in this way.

So for me, no I don't think I would erase anything.  But I do believe there are many people who would.

RT:  Finish this sentence: I only put the camel on the bicycle because____

CRJ: I thought it was a hood ornament.

RT:  Who are your influences and what do you read for pleasure?

CRJ: For influences, I'd say the primary ones are Chandler, and John McPhee.  Chandler for story, the basic noir feel and dialog. McPhee for attention to significant detail, personal quirks and making the things that go on in the background fascinating.

I read all sorts of stuff for pleasure, from current literary novels and short stories to classics to SF and mysteries.  I think reading widely is important, especially for writers.  It keeps you writing fresh and interesting.

RT:  A snake and a frog are offering you pieces of cake they each baked. Which piece do you choose?

CRJ: The frog's cake would be the best choice because then, when the snake inevitably eats the frog, I would not have to pay for the cake.

RT:  What are you working on now?

CRJ: Some short stories and two more novels, one a sequel to Walking Shadow and the other a near future Chicago story with a different basic driving concept.  Working on several things at once is odd for me, but each day is different, and thus I feel like writing in different universes.  I write where my interest is at the moment.  It keeps my prose inventive and enthusiastic.